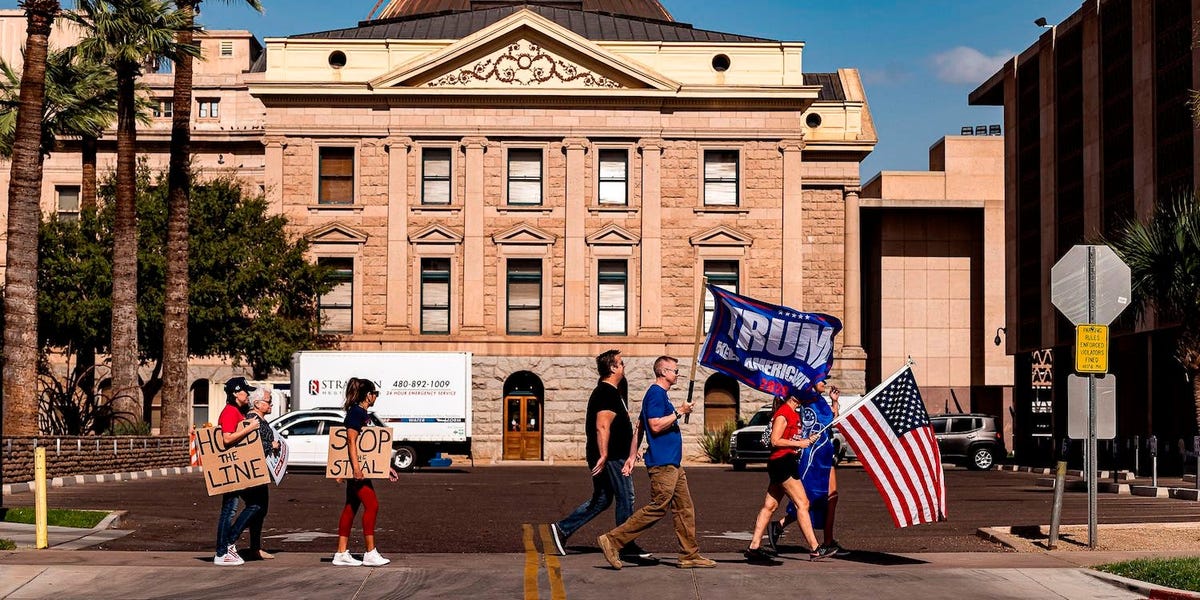 Leslie Hoffman, the elected county recorder in Yavapai County, said on Friday that she was stepping down later this month after facing two years of “nastiness” from election deniers, The Washington Post reported.

Hoffman said elections director Lynn Constabile, who had worked for the county for 18 years, was leaving for the same reason, The Post reported. Constabile did not immediately respond to Insider’s request for comment.

Election officials across the country had been under attack after Trump lost the 2020 president election and falsely claimed that it was fraudulent. However, Trump had won Yavapai County in 2020.

Hoffman said, according to The Post: “I’m a Republican recorder living in a Republican county where the candidate that they wanted to win won by 2-to-1 in this county and still getting grief, and so is my staff.”

“I’m not sure what they think that we did wrong,” she said. “And they’re very nasty. The accusations and the threats are nasty.”

Hoffman accepted another job outside the county, ABC 15 Arizona reported. She said the abuse she received after the 2020 election prompted the local sheriff’s department to provide her with security, the outlet reported.

“The threats I have, the sheriff patrols my house periodically. It’s getting to be a lot and when the job came, I took it,” she said, ABC 15 Arizona reported.

Hoffman and Constabile’s resignations come weeks before the state’s primaries, which start on August 2. Early ballots are set to be mailed out next week.

Hoffman told The Post she was confident the primaries would run smoothly, and that remaining staff are “going to be very diligent on researching anybody that they would consider to appoint.”

While Trump won Yavapai County in 2020, President Joe Biden ultimately won the state of Arizona, which was once a Republican stronghold.

Last month, a former Georgia election worker testified at the January 6 committee’s public hearing about the attacks she and her family received after Trump’s loss.

Wandrea “Shaye” Moss, who is Black, said she received violent and racist threats from a group of election deniers, which forced her to leave her job, hide her identity, and live in Airbnbs for two months at the FBI’s recommendation.

“I felt horrible,” she told the panel. “I felt homeless. I can’t believe this person has caused this much damage to me and my family to have to leave my home.”