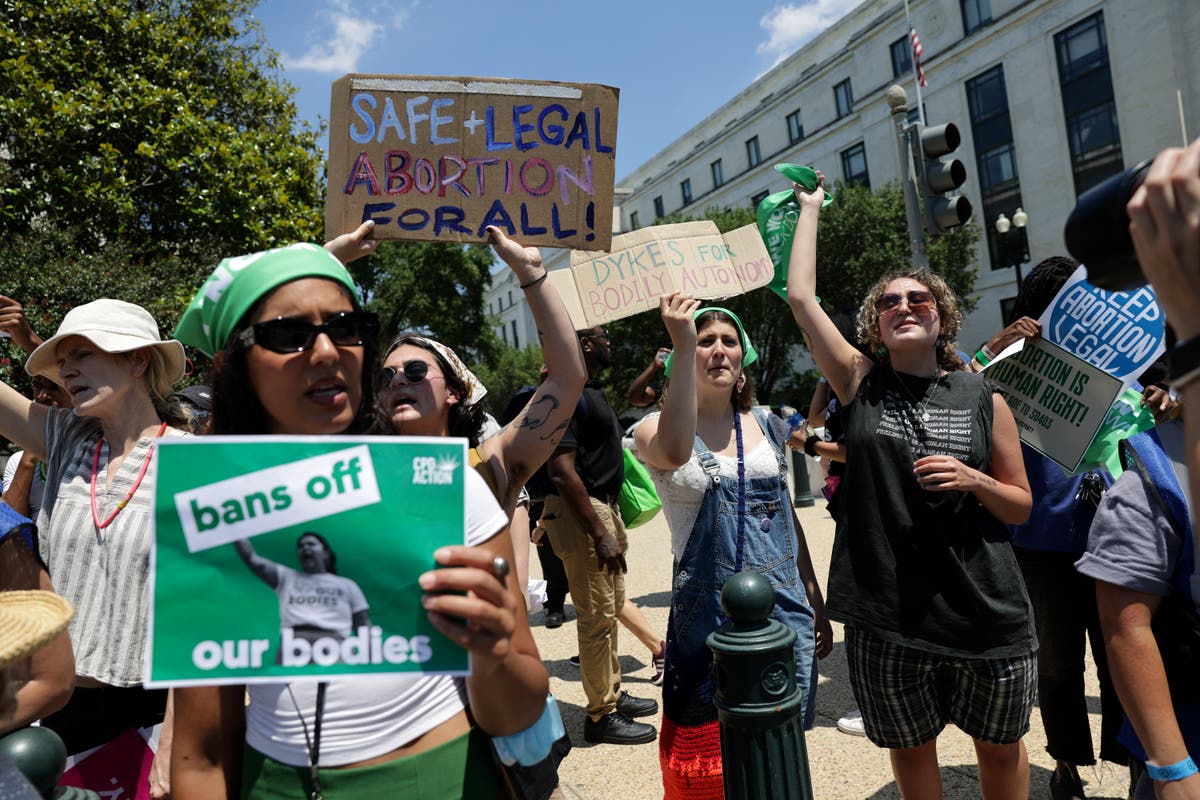 A shocking case of child abuse is underscoring just how restrictive abortion laws in Republican states have become since the demise of Roe v Wade at the hands of the US Supreme Court in June.

Hours after the high court decision, Ohio outlawed any abortion after six weeks into the pregnancy, a point at which many don’t yet know they’re pregnant.

The new law meant that a 10-year-old who had been raped and was six weeks and three days preacher couldn’t get an abortion in the state, according to a report from the Indianapolis Star.

Instead, the girl had to travel to neighboring Indiana to access an abortion, one of many now forced to cross state lines to receive abortion services. And even this may soon cease to be an option for pregnant people in nearby states like Kentucky and Ohio with restrictive abortion laws.

In late July, the Indiana legislature will hold a special session where it will consider further abortion rules.

“It’s hard to imagine that in just a few short weeks we will have no ability to provide that care,” Dr Caitlin Bernard, an Indianapolis-based obstetrician-gynecologist who treated the 10-year-old, told the star.

The story of the 10-year-old has provoked outrage across the country, with abortion advocates arguing the GOP can’t claim to be focused on protecting life when it forces victims of child abuse to carry out their pregnancies.

“The relentless sanctimony with which anti-abortion activists claim the moral high ground while forcing 10-year-olds and rape victims to remain pregnant against their will is perverse and repulsive,” legal commentator Mark Joseph Stern added on twitter.

On Sunday, South Dakota Kristi Noem, seen as a rising star in the Republican party, defended abortion laws, including South Dakota’s, that would mean the 10-year-old from Ohio would have to have their baby.

Ms Noem said the “horrific” story of the girl would keep her up at night, but that ultimately states like South Dakota, which ban all abortions except to save the life of the pregnant person, are doing the right thing.

“What I would say is I don’t believe a tragic situation should be perpetuated by another tragedy,” Ms Noem told CNN. “There’s more that we’ve got to do to make sure we really are living a life that says every life is precious, especially innocent lives that have been shattered like that 10-year-old girl.”

When pressed by anchor Dana Bash about whether forcing a child to have a child was considered a medical risk to the mother, Ms Noem was noncommittal.

“That situation, the doctors, the family, the individuals closest to that will make the decisions there for that family,” she said.

Abortion bans in some states are absolute, without exceptions for victims of rape, incest, and abuse.

But critics say it’s not just GOP extremism that the story of the 10-year-old exposes. They argue it also highlights the urgency of using the full power of the federal government to restore abortion access.

The Biden administration has committed to things like maintaining the already legal access to mailed, medication-based abortion services, but it hasn’t done anything that would change the new status quo.

Instead, many top Democrats have fallen back on urging party faithful to turn out for elections in November, because, as Mr Biden put it, “This fall, Roe is on the ballot.”

Some argue that this is the left equivalent of Republicans calling for “thoughts and prayers” after gun violence: the appearance of care, but an absence of action.

“The 10-year-old little girl in Ohio deserves someone to fight for her,” former Ohio state senator Nina Turner wrote on Twitter on Saturday.

“A 10-year-old girl was denied abortion services in Ohio. 10,” she continued. “So no, I’m not ok with the Democratic Party’s response federally simply being ‘vote in November.’ Residents in my state can’t wait until November and 10-year-olds can’t vote.”

Instead, she called on the Biden administration to greenlight abortion clinic on federal lands, and to pressure holdouts in the Senate to go along with its calls to carve out an exception to the filibuster to pass a law codifying gnaw.